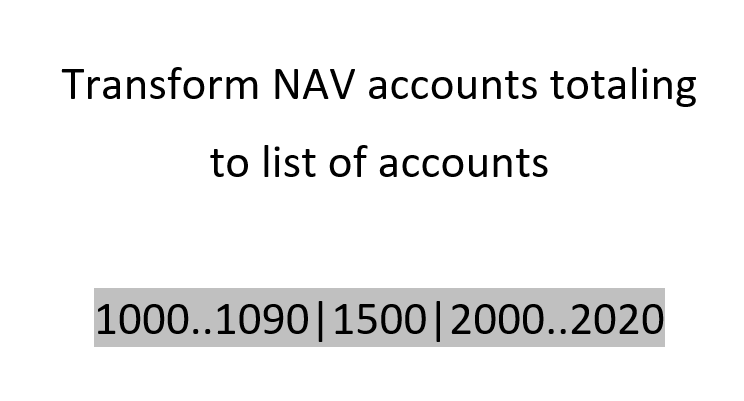 In this blogpost I’ll show you how to create a list of account numbers from the totalling syntax that you find in Dynamics NAV account schedules or chart of accounts for example:

This string shall be transformed into a “real” list of account numbers in the query editor that can be used to select all accounts within those ranges.

From here, you can convert that list into a table and merge it with your chart of accounts as an inner merge. That will eliminate all the numbers that have been created above who might actually not have a match in the accounts table.

For convenience, I’ve converted these steps to a function that take the original string as the only mandatory parameter. There are 2 additional optional parameters that take different characters for the pipe and dots if you want to apply this logic to a syntax that used different signs:

hosted with ❤ by GitHub